In soccer, formations represent the main strategic plan and placement of players on the field implemented by the coach or manager.

The aim is to accomplish an effective defense against an opponent’s attack, an effective attack on the opponent’s defense, and the ability to win and control the ball in the middle of the field.

There are many factors at play when deciding which formation is most suited to a squad of players or a starting eleven including:

These are the most common factors in deciding a formation, although there are other circumstances that can determine the coach’s decision such as the weather, events that occur during a game (player getting sent off for either side, injury to star player etc.), and many other mitigating circumstances.

Many soccer coaches swear by particular formations, for example, Fabio Capello liked to play 4-4-2, Jose Mourinho is an advocate of 4-3-3, and Rafa Benitez has his sides play in a 4-2-3-1 formation.

However, other coaches are more flexible and like to train their squad in several formations which can be used in different circumstances throughout the season depending on the factors listed above.

Such as Brendan Rodgers who regularly changes his formations during a season even if it means that some players have to play out of position to accommodate the changes.

The evolution of soccer over the last 100 years, and particularly over the last 25 years with the introduction of the offside rule, has led to a huge range of formations coming into play throughout the professional soccer leagues with an emphasis on fewer out-and-out forwards and a more equal spacing of players on the field.

This means that professional soccer players today need to have a better all-around game, leading to a reduction in players who are specialists in just one position (a great example of this is the decline of players who are considered a ‘fox in the box’ and whose only job was to stay up front and score goals) and must also have greater levels of fitness in order to track back and get more involved with the play.

Due to mathematical possibilities, coaches can produce countless new ways to play the game and set up their side, leading to the introduction of new formations in professional soccer on a regular basis.

When describing a formation the goalkeeper is always assumed to be one of the players and is left out of the description, leaving the ten outfield players to make up the designation of a formation.

For example, a coach wouldn’t describe their formation as 1-4-4-2, because a goalkeeper is always going to make up the last line of defense, and instead the formation is described as 4-4-2, counting only the outfield players.

It is even possible to describe a formation with just two numbers such as 4-6, where the team is playing ultra-defensively and using a bank of four defenders and a bank of six midfielders with no forwards.

Due to the fluid nature of play in soccer, many formations aren’t rigid and can be altered and changed during a game, as can player positions.

For example, if a coach is playing a 4-4-2 formation it doesn’t necessarily mean that players are stuck in their positions and can’t move around to help out in other parts of the field.

The manager of Team A may spot the weakness at right back for Team B and ask his left back to push forward when in possession to help the player in the left midfield position and double up on the opposition’s weak right back.

This can present a huge advantage going forward for Team A as they are switching to a 3-4-3 when going forward due to the left back moving to midfield and the left midfielder moving to left forward.

Within each formation is a host of player roles which can impact how fluid or rigid the formation is during play.

This can include designating one player as a playmaker who dictates the play and controls the tempo of the match or playing a tall target man up front who can get on to the end of crosses from the wide players.

The most commonly used formation in professional soccer as well as in youth soccer, the 4-4-2 formation gained notoriety in 1966 when the England national team used it to great effect to lift the World Cup.

The formation became the mainstay of English football, both domestically and internationally, for 40 years after that with almost every winner of the top English league title using 4-4-2.

The formation also caught on across Europe, gaining notoriety on the continent when AC Milan utilized the formation to win three European Cups, two Intercontinental Cups, and three UEFA Super Cups between 1988 and 1995.

The 4-4-2 formation remains among the most common formations, especially in the lower leagues, as it is so adaptable and provides a team with plenty of midfield strength and width.

The role of the central midfielders and full-backs, in particular, can change depending on whether the emphasis is on attacking or defending, with full-backs afforded more freedom to push forward and provide support to the wingers in this system today than in years gone by.

It is easy for a coach or manager to alter and adopt a 4-4-2 formation depending on how the game is going and the formation is suitable for teams that want to both attack and defend.

The 4-2-3-1 formation is all about getting numbers in and dominating the midfield, making it the perfect formation to use if a team wants to slowly build an attack and dominate matches possession-wise.

Spain’s World Cup winning side were past masters at controlling the game through having numbers in the midfield and passing the ball in triangles to open up the opposition’s defense before playing the killer ball and scoring a goal.

In a similar way, Jose Mourinho implemented a different version of the 4-2-3-1 formation during his time at Real Madrid, when he would use the extra men in midfield to counter-attack to devastating effect.

With three speedy and skillful players (Cristiano Ronaldo, Bale, and Di Maria) playing in behind an explosive forward (Benzema), Real Madrid could counter at pace and be extremely effective going forward in the knowledge that the two defensive midfielders would act as cover should they lose possession.

These two defensive midfielders are known as the ‘double pivot’ in Spain as they give support to the defense and start the attack by distributing balls upfield.

The 4-5-1 and 4-3-3 formations work perfectly together depending on whether a team wants to attack or implement a safety-first approach.

The 4-5-1 formation has been favored by European sides for many years, especially domestically in the Italian leagues and in European competition such as the Champions League and is an ideal formation to keep things tight at the back and provide a solid defensive structure on which to build.

However, recently teams have adjusted the 4-5-1 to a 4-3-3 which provides more options in attack when trying to win a soccer match.

When using a 4-5-1 formation, the idea to provide as much protection as possible to the defensive line and ensure there is as little space as possible in the defensive half for the opposition to work the ball.

When the opposition is in possession, the team playing 4-5-1 will generally have nine players behind the ball (ten including the goalkeeper) with the lone forward the only player on the halfway line or in the opposition’s half.

However, when teams playing a 4-5-1 gain possession, they can quickly change to a 4-3-3 formation, providing plenty of attacking options and outnumbering the opposition’s defense.

It is also possible to just play a 4-5-1 formation with a tall, strong forward who can hold up the play until the midfielders are able to join him in the attack.

If playing just a 4-3-3 formation, retaining possession is extremely important as the team will be light defensively and it is therefore important to have world-class midfielders and forwards such as the famous Barcelona side had in Messi, Xavi, Iniesta, and David Villa.

Many people say that football matches are won or lost in the battle in midfield and it is this philosophy that led to the creation of the 3-5-2 formation.

In the 1980s a study was conducted by FIFA that discovered a team which had the better physical ability in midfield enjoyed dominance over their opposition.

At this time almost every team was playing in a 4-4-2 formation, including the most successful sides, however, the results of this study kick-started the trend of managers and coaches devising new formations and tactics that would help their teams take control of the midfield battle.

The result of this was the creation of the 3-5-2 formation, a plan which would push the full backs into midfield and add more bodies in this important area of the pitch.

The effects of this formation were seen almost instantly when Carlos Billardo of Argentina and Franz Beckenbauer of West Germany adopted this formation to lead their teams to World Cup glory in 1986 and 1990 respectively.

The idea of the formation is to flood the midfield and use those extra bodies to create chances for the two forwards.

This is highly effective against a team playing 4-4-2 as it allows the team playing 3-5-2 to dictate the play and get more men forward.

However, it can also be dangerous as the three central defenders can be left exposed out wide. It is therefore essential to have three outstanding central defenders and two speedy wingers who can track back and help out when the opposition is attacking for this formation to be effective.

There are countless other strategies used by managers to influence a soccer match. In addition to formations, managers can use tactics to try and influence a game.

For instance, some managers instruct their players to go in heavy when tackling in an attempt to disrupt the rhythm of the opposition and rattle their skillful players.

The best managers in the world spend countless hours studying soccer tactics and strategy to gain the slightest edge over their opponents.

The next time you watch a soccer match, try to see which formation the teams are using, how they operate when in defense and attack, and if you can spot any specific instructions handed out to the players. 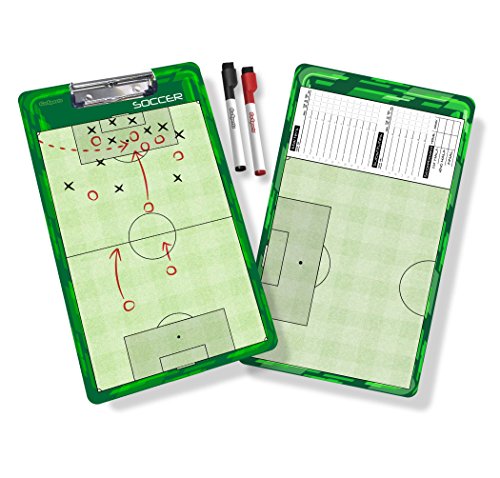 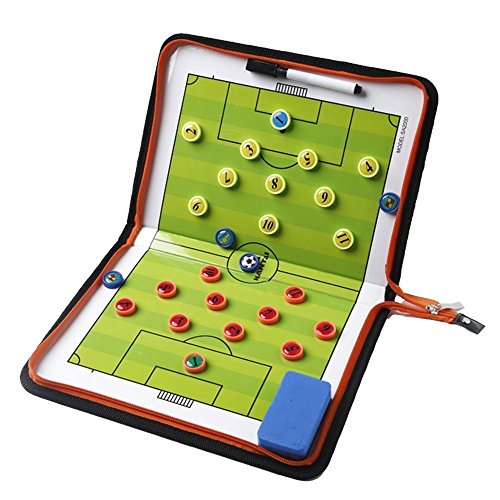 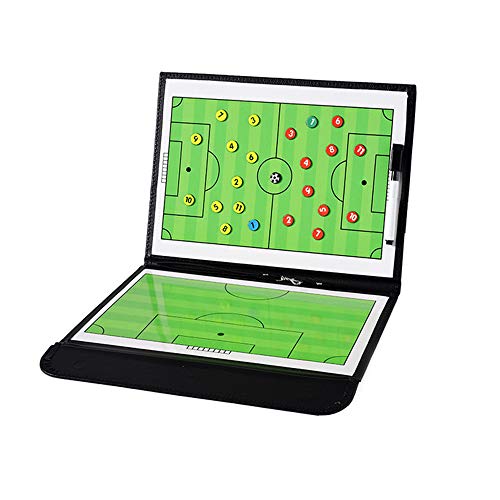