Quick Navigation
Understanding The In-Field Soccer Referee Signals
A Signal For Advantage After Foul Play
Whistle Blowing And Pointing Forward To Award A Direct Free Kick
Pointing Up To Award An Indirect Free Kick
When Awarding A Penalty Kick, The Ref Points At The Penalty Spot
Yellow Card For Medium Level Offenses
Red Card For Severe Offenses
Other Signals
Watch For Goal Signals
Understanding Assistant Referee (Sideline Referee) Signals
Pointing To The Corner As A Signal For A Corner Kick
Pointing In One Direction As A Signal For A Throw-In
Pointing The Flag To Signify An Offside
A Rectangle To call A Substitution
The Miscellaneous Soccer Referee Signals
Final Thoughts

To play soccer effectively, you have to understand the rules. Soccer rules are quite straightforward, so it will not take you long before you master them.

Soccer referees issue different signals for different kinds of play. As a soccer player, understanding soccer referee signals will enable you to act accordingly when the ref issues a signal.

As a soccer fan, you will be able to know what is going on when your favorite team is playing. To illustrate this point, you don’t want to be caught celebrating a goal that was clearly flagged as offside play.

This article will cover all the soccer referee signals, explaining how and when they occur. Let’s get to it.

A Signal For Advantage After Foul Play

When a foul happens during the game, the referee stretches out their arms to the front and parallel to the ground. The referee’s arms point toward the goal of the side that has the advantage. There is no whistle blowing for this signal.

The advantage situation occurs when one side commits a minor foul, but the other side, in the referee's opinion, has an advantage in proceeding with the play. The referee, therefore, makes the advantage signal, and lets the game continue, instead of calling foul.

For instance, if a defender fouls an attacker, but the attacker doesn’t lose his chance of making an on-goal shot, the referee doesn’t call foul. They instead let the attacker continue with the play and simply show the advantage signal.

If the team that makes the first minor foul follows through with other fouls, the referee stops the play and gives a free kick to the team to which the foul was committed.

If the referee wants to issue a free kick, they blow the whistle and immediately point towards the attacking direction of the team that gets the free kick.

Even if you perceive that a free kick should be issued, ensure that you don’t stop the play until you hear the ref blow the whistle.

An instance where the referee may award a free kick is when a player who is not a goalkeeper hits the ball with their hand. In this case, the other team receives the free kick.

While putting the ball in play, a player is not allowed to touch the ball twice before another player gets to touch it. This two-touch rule also applies to throw-ins – the player that throws the ball cannot then kick it before any other player touches it. Such a foul may cause the ref to signal for a free kick.

Free kicks are awarded in situations of minor and mid-level fouls, and the referee doesn't perceive any advantage for the receiving team. This is perhaps the most common referee signal in soccer.

Pointing Up To Award An Indirect Free Kick

In situations where an indirect free kick is awarded, the ref blows the whistle followed by pointing up to the sky with their free hand.

The referee keeps their hand raised for a few moments while explaining which team will receive the free kick and why the free kick is being awarded.

If you shoot an indirect free kick and you end up scoring without the ball touching anyone else on the field, such a goal would not count.

An instance where an indirect free kick may be awarded is if a defender (or any other player) makes a pass back to their goalkeeper, and the goalie touches the ball with their hands.

Indirect kicks are not as common as direct kicks. However, you should always be on the lookout for associated signals.

When Awarding A Penalty Kick, The Ref Points At The Penalty Spot

An example of a situation where the referee may issue a penalty kick is if a defending player touched the soccer ball with their hands while in the penalty box.

If a player commits a medium level offense, they receive a yellow card as a warning. If the same player gets another yellow card, this is equated to one red card, and the player must leave the field.

When issuing a card, the ref fetches the card from their pocket, points the card at the player, and then lifts it in the air. Having done this, the ref then writes down the details of the offense in the referee notebook.

As an example, if a player makes a harsh tackle without making any contact with the ball, that may be a yellow card offense.

A red card is dreaded in soccer because it leaves the team with less than 11 players. In situations of severe fouls or two yellow cards, the ref issues a red card.

Similar to the yellow card situation, the ref points the red card to the player and then lifts the card straight up in the air.

An offense that could warrant a red card is if one player punches another player. The player that made the punching, if given a red card, must leave the field immediately, and is not allowed back in that particular game.

There are no official signals that follow a goal in soccer. As long as the ball has wholly crossed the goal line that is marked between the goalposts, a goal is considered to have been scored, unless a foul was committed before that.

A whistle blow that is primarily meant to signify play starting and stoppage may also signify that a goal has been scored.

However, in many instances when a goal is scored, the players automatically stop the play for a few moments, so the whistle is sometimes not blown at all, because it is unnecessary.

Assistant referees always have a flag at hand as they move around the edges of the field. They use the flag to make various signals, such as corner kick signals.

The assistant ref moves up and down the field while following the ball. Soccer games have two sideline referees; each assistant referee watches one half of the field.

Pointing To The Corner As A Signal For A Corner Kick

The assistant referee goes right to the corner flag and uses the flag they have at hand to point down at the corner spot. Note that the sideline referees do not blow the whistle when signaling a corner kick.

If the ball goes to the other half of the field, the sideline ref remains at the halfway line of the field until the play returns to their half.

The assistant ref signals for a corner kick if for instance, an attacker takes an on- goal shot and a player from the other team deflects the shot, and the ball goes out of bounds on either side of the goal.

Pointing In One Direction As A Signal For A Throw-In

When a ball goes out of bounds during a game, the assistant ref rushes to the point where the ball crossed out of the play area.

If the ball crosses out of the field at a point that is on the other half-field, the sideline ref only signals which direction the throw-in should go, but only if it is an obvious call for them. If it is not obvious to them, the on-field ref steps in and decides where the throw-in goes.

For a ball to be considered to have gone out of bounds, it needs to cross the line entirely. If the ball only crosses halfway, proceed with the play.

Pointing The Flag To Signify An Offside

If an offside offense happens in soccer, the assistant ref stands firmly in line with the player that went offside and points their flag out into the field. When pointing with the flag, the ref lifts their arm such that it stays perpendicular to their body.

Sideline referees do not blow the whistle when calling an offside. The offside soccer rule may be quite confusing to many people. The play is considered offside if an attacking team passes the ball to a team member who is nearer to the opponent goal.

If the team member who receives the ball was closer to the goal than the last player of the other team when the pass was originated, an offside has occurred.

To illustrate, if an attacker passes the ball to a player on their team who happens to be nearer to the goal that all of the opponent’s defenders when the attacker makes the pass, an offside is called.

The offside rule was created to prevent players from simply camping at their opponent’s half waiting for long balls from their teammates so that they can score.

A Rectangle To call A Substitution

To signify a substitution, the sideline referees go to the middle line along the edge of the field, and use their arms and their flag to form a rectangular shape above their head. The sideline refs make this rectangle for about 10 seconds to ensure that people have a chance to notice it.

The assistant ref may sometimes keep their flag up after the whistle has been blown. By doing this, the sideline ref is indicating that they need to talk to the in-field referee about an issue such as outside interference.

There are multiple soccer referee signals, all of which convey different messages. As a soccer player, it is crucial that you correctly interpret these signals when you are playing, because your effectiveness depends on it.

Understanding these soccer referee signals can also help soccer fans enjoy more when watching the game, by being able to decipher what is happening in their favorite soccer match. 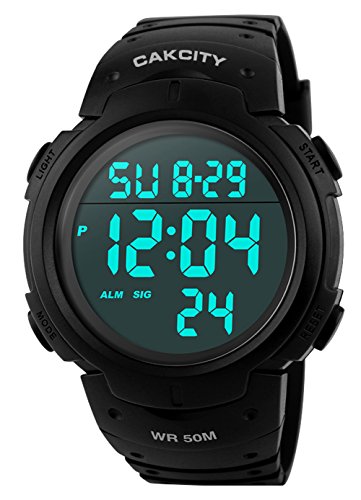 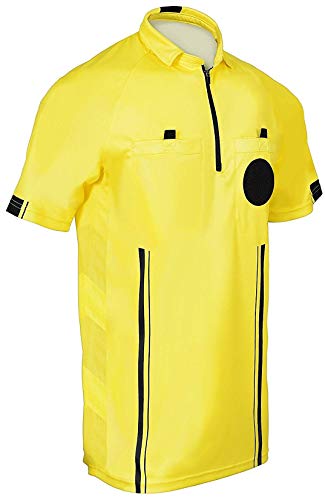 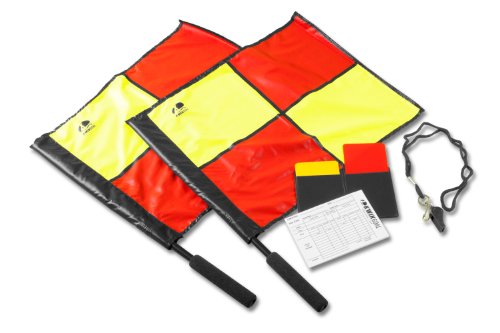