Fun and enjoyable soccer training drills for kids are an effective training tool sought after by soccer coaches who are trying to encourage this sport to the youth. Soccer drills for kids assist in improving their dribbling, passing and scoring skills.

Soccer drills also help the children to develop communication skills and teamwork for all young players, something which can enhance team chemistry and the capacity to win games.

The drills for training kids in soccer range from corner kicks and conditioning drills. Creating a game out of the drills will make it fun for the children while they practice on basic soccer skills.

This fundamental soccer drill is meant to improve the ability of each player to control the soccer ball while dribbling. It's just the same as the game of green light, red light, but your players will have a ball at their feet. The drill can be played with players beginning on one side of the soccer field and running toward you.

Moreover, it can be played where the players are just runing around the training field at random. The yellow light means they should go slow, while the green light means to run fast. This activity helps the kids work on speed changes.

The red light tells the players to stop the soccer ball by placing your foot on top of the ball. The game effectively works on ball control, stopping, dribbling, and speed adjustments.

Circle drill will boost the passing abilities and accuracy of a player. Create a circle using cones with a five- to a six-yard radius. Place eight cones in the center of the circle and have several players from the team pair on the opposite sides of your circle.

The One on One Soccer Training Drill For Kids

This drill assists in improving the ability of a player to move past the defending players and work on their defensive skills. Put a soccer ball between two of your players. On your mark, have them run to the soccer ball to fight for possession.

The one who gets the ball should continue dribbling until they pass their defender. If they pass the defending player, they get one point and the first player to get five-point wins.

The Find the Coach Soccer Training Drill For Kids

Find the Coach drill is usually designed to assist your players in identifying a target and running after it fast. Tell all your players to stand facing you and to close their eyes as you start running away from them.

Have all of them open their eyes on your whistle, identifying your location and then running after you. As the kids improve, you can have them attempt to take a ball away from you once they open their eyes and then chase you.

In this drill, the children begin on one side of the training field and then run to the adjacent side. As they move, they should do a small kick, and one big kick later. As they run, they shout, "Little, little, big" for them to match the kicks.

You can encourage them to shout loud. That will keep them moving along and train on the different types of kicks they will use in a particular game.

The Hit the Coach Soccer Training Drill For Kids

This drill allows you to set out four cones in the field to create a box. This box must be big enough to hold your entire team with a small additional area to move around. The children aim to kick the soccer ball and hit their coach with it.

You will have a good number of kids all kicking some balls at you simultaneously. By doing this, they are learning to get their feet on the soccer balls for the first time.

Once they kick the balls into your legs, they will have to tell you the animal to act out and then act like that particular animal. Try and ensure that everyone gets an opportunity to hit you.

That will keep their feet moving most of the time and helps them understand how to achieve better ball control. The drill also assists them with dribbling and kicking.

This drill is an activity that the children seem to connect a lot with and demonstrate the most advanced skill which is "The Battle." You should kick the soccer ball and shout two names and the two children battle it out.

The Guard the Spaceship Soccer Training Drill For Kids

In this drill, you should have a box by the goal which will be the spaceship. Tell the children they should defend the ship. Even though you don't technically have a goalkeeper, you should try and play one child back in a defensive way. That kid is the one who should guard the ship.

The soccer balls are the missiles that people are using to damage the ship. They should do all they can to protect this ship by kicking all the bombs away. You can use this drill when you are training on defensive skills.

You can set up several cones as your goal and place two on the offense side and one or two on the defense side. The defending group will work to protect the ship.

In this activity, you will have to set a couple of cones close together more randomly. The children will have to dribble the soccer ball through the cones and come out on the other side without knocking down any of the cones or volcanoes.

If they are hit, you should make a loud noise. You should begin slow and do it several times, and keep encouraging them to speed up every time. You should also encourage them to see if the entire team can avoid knocking down any volcanoes. This drill is ideal for teaching dribbling skills.

The kids should then race to the other side of the tunnel and retrieve the soccer ball. With many kids, you should explain what you mean by the inside of your foot.

The Balls on Heads Soccer Training Drill For Kids

This drill is not a game as such, but it is an excellent way to get everybody's attention. If the soccer ball is close to their feet, they will want to play around with it. If you are going to get the attention of the team quickly or speak to them to prepare the next drill, you will say balls on your heads.

That is the only time the kids can touch the soccer ball using their hands. They will reach down, pick the ball up and place it on the heads, knowing it’s time to give a listening ear.

The Escape from Montesano Soccer Training Drill For Kids

In this drill players usually, line up on one of the edges of the training field. Their work is to escape to the other part of "Montesano" without getting caught by the set "sheriffs" who are running to get them.

Ensure that the dribblers will stop once they reach the other part of the grid. The game ends when all the players have been tagged. The players should freeze where they were trapped and wait until the game ends.

Soccer training for children is as essential as anything else that goes on in the game of soccer, except scoring from outside the goal using your non-dominant foot. At the end of the day the children will not specifically remember all the drills you trained them or the skills.

What they'll remember and what will make them excited about the game is the connection they will build during that time with you as the coach and with all their teammates during the training session. That is a wonderful sign of good soccer drills for children.

However, you should make sure that you involve the parents of the kids as much as possible because children love seeing their loved ones participating in the fun segment of practice session as well.

Keep in mind that combining a small bit of the soccer game, with lots of fun will always make practice and the experience of the players unforgettable.

Videos Around The Web 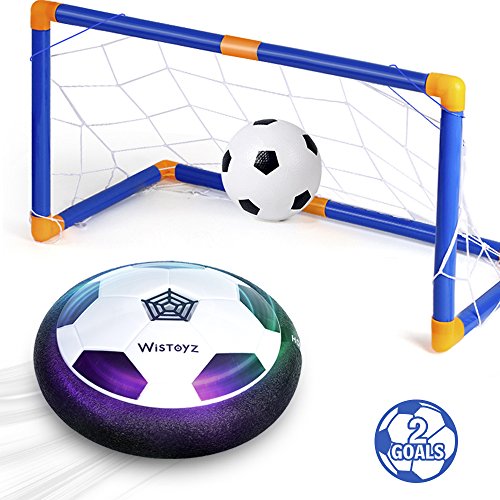 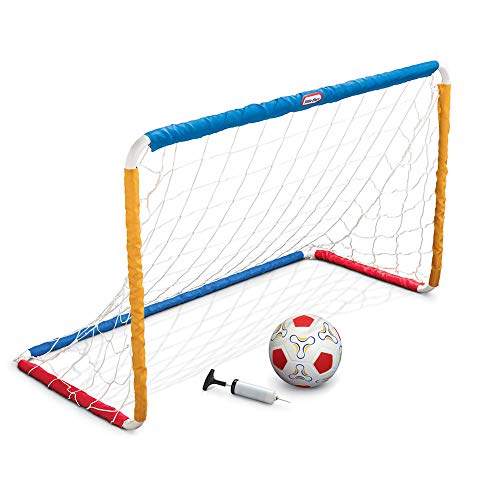 Amazon.com
Last updated on 05/26/2020 11:39 am
FacebookTwitterRedditPinterestStumbleUponEmail