Soccer is a game of sprinting speed in addition to passing and dribbling skills. To dominate a game, a player ought to be quick as he moves with the ball so as to create space for himself and others.

As much as speed and quickness are the game changers, it is important to note that soccer isn’t track. You need to be able to make an instantaneous change of direction while sprinting without losing your balance.

This gives you the ability to dodge players and take advantage of the space between defending players. Before we delve into agility drills, here is a blueprint of what you need to know when training for agility.

Learn To Run For Speed, Not Efficiency: The standard time for a single soccer game is 90 minutes which are characterized by two 45 minutes halves of rapid bursts of activities with only a 15 minutes break between the halves.

In most cases, players tend to conserve energy by taking moderate-length strides, keeping the knees low and having minimal arm pumping while running.

Unfortunately, this style of running makes them slow. One thing that escapes the understanding of many soccer players is that in order to improve quickness, one must run for speed. You need to get your knees higher, strike the ground more and aggressively pump your arms.

A Fast Body Is Better Than Fast Feet: Agility can be divided into two key components, quickness, and change of direction. However, these two components exist in collaboration thus must be practiced as a single entity to realize skillful agility.

Fast feet enable you to make quick movements with the ball and run fast. But if you can’t change direction as fast as you run, you are going to get burned.

Building a fast body allows you to improve on your quickness meaning you can get from point A to B quicker than your opponent by covering more ground with fewer steps.

In addition to moving quickly and fast, you need to be able to stop or start your body. This requires a significant amount of relative speed and explosive power, as such; you need to put quite a lot of time in the weight room to build enough power.

Train For Effectiveness, Not Conditioning: It goes without saying that most soccer drills require impressive levels of conditioning. However, when practicing on speed and agility you should aim at effectiveness more than just conditioning.

For instance, running through a speed and agility drill, a majority of the players jog back and repeat the drill.

As much as it may look like speed work, the effectiveness of the drill is not optimally achieved since the player will get fatigued and eventually slow down.

For an effective and dominating speed and agility drill, a player should maintain a constant speed right from the first to the last drill.

This may call for extended periods of resting to gain full recovery so that each set of a drill is just as fast and explosive as the previous one.

Additionally, if you feel like you are getting slower stop practicing the drill and rest longer than you think you need to.

The goal here is not to get tired but ensuring effectiveness by practicing fewer drills with the same amount of energy.

Move From Planned To Unplanned Drills: When playing soccer, agility is not planned prior nor can it be coordinated. As a matter of fact, the sudden change in direction happens in response to uncontrolled outside stimuli.

With that in mind, planned agility drills help you build the techniques needed to make quick movements. Once you have a good mastery of the techniques, you can include some unplanned drills where you have to react to random stimulus.

Your coach or training buddy can act as a random stimulus by trying to make random moves to intercept the ball as you train. This will boost your creativity as far as agility is concerned, allowing you to make proficient quick movements.

Having that in mind, here is a detailed guide on some of the best soccer agility drills for quick movements;

In this drill, players run, shuffle and backpedal through a series of four cones placed five yards away from each other.

The players learn to keep balance as they make quick moves, develop footwork and agility necessary for a fast-paced game.

To spice up the exercise, after spring forward towards the middle cone the players can perform over-under sideways running instead of shuffling.

They can also shuffle everything except the run to the middle cone, and then backpedal to the finish. Additionally, players can compete amongst the groups to see which group finishes a pattern first.

The coach should emphasize on proper footwork and maintenance of balance as the players change directions. Short quick steps with bent knees are ideal in this activity.

The players should also change the directions quickly and keep their feet in motion.

As a coach ensure the players slightly lean forward in their chest as they backpedal instead of leaning backward, as this may make them go off balance.

The purpose of this drill is to develop players’ ability to quickly change direction and make quick movements.

However, this activity requires the players to be adequately warmed-up as it involves lots of movements which may lead to injury if a player’s muscles are not “prepared”.

To make the drill a bit challenging you should consider increasing the distance between cones to make the players cover more ground.

This increases the focus on speed and stride-length while decreasing focus on short and quick steps.

The coach should encourage the players to be creative and quick as they run through the line. Leaders can attempt to lose their opponents with a change of speed or quick movements making the followers stay alert and respond quickly to leader's movements.

Motivate the players to explode towards the finish line with powerful strides and drive their knees as they sprint.

Agility ladder drill is one the most common drill used to improve the speed and agility of players.

The fact that all the movements in this drill are pre-planned and there are no outside stimuli from an opposing player or random movements, some coaches argue that the ladder drills may not be effective.

Nevertheless, this does not mean this drill is worthless, as a matter of fact, this drill serves as an excellent way to improve coordination and body awareness of younger players.

This goes a long way into helping such players make quick movements in addition to improving their body balance and footwork.

Add one cone about 15 yards away from the end of the ladder and have the player complete the pattern before sprinting to the cone and walking back.

The icky shuffle pattern can also be included in the training session to challenge the players. Generally, a player starts with one foot outside the box and then moves the other inside the box.

As the player moves the other foot, he is supposed to touch both feet down inside the box before putting one foot outside the box.

Agility ladder drills can be unfamiliar to some players depending on their age and skill level. For this reason, it is important to start slow on those new to agility ladders to ensure they run the patterns without missing a single step. Besides, it is not about speed, but rather getting a player’s feet to make quick movements.

Ensure the players move their arms, forwards and backward, while running through the patterns. This helps keep a player's body in one fluid motion which is necessary for developing quickness.

As for the experienced and older players who are not new to agility ladder drills, they should be motivated to go as quickly as they can through the ladders, without skipping any boxes. However, for this type of players, agility ladder drills work best as dynamic warm-up tools.

You can create other new patterns with the agility ladder, as long as they focus on agility, quickness, and speed.

Body control and balance are important skills for every soccer player. A player's ability to react quickly to a game situation, change direction and control the ball creates to make the difference between a good player and not so good player.

However, with the right drills to help you train on your agility for quick movements you can improve on your skills to become a proficient player. use the tips and drills outlined above to kick start your training. 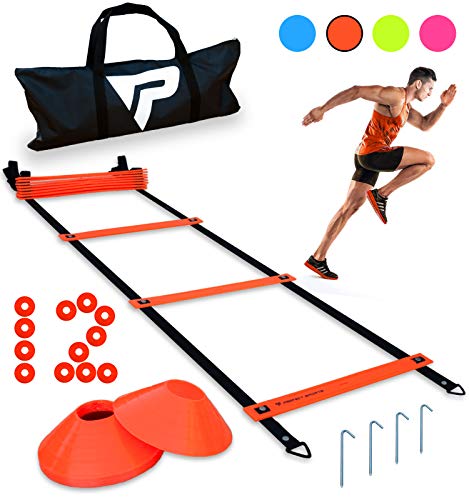 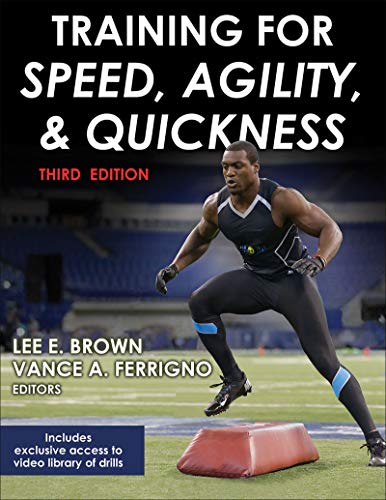 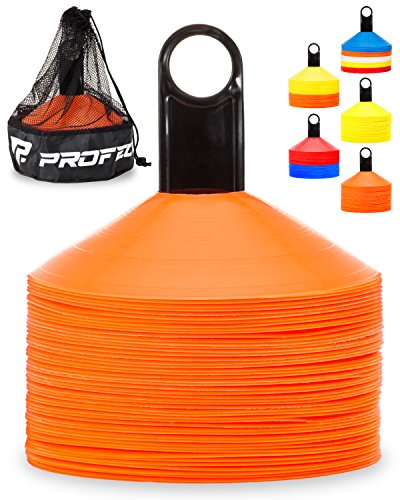