The Nike Mercurial Victory Dynamic Fit FG is designed for quick play, extra comfort, precise “magical” touch, as well as exceptional traction both on grass and on turf.

The boomerang-shaped chevron blades are a pretty nifty addition especially for those instantaneous stops which are perfect for sending your opponents out to the stands for hotdogs! And the best part…? You look damn good and stylish while doing it. 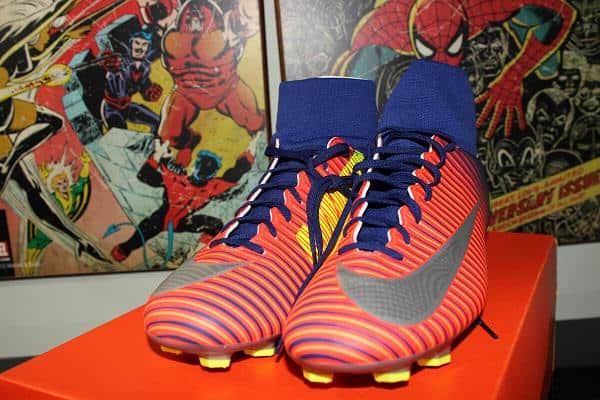 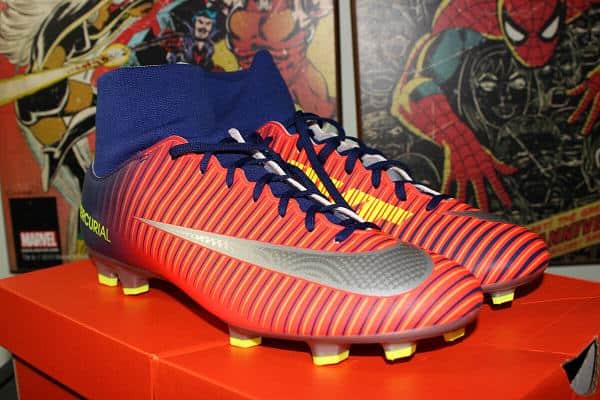 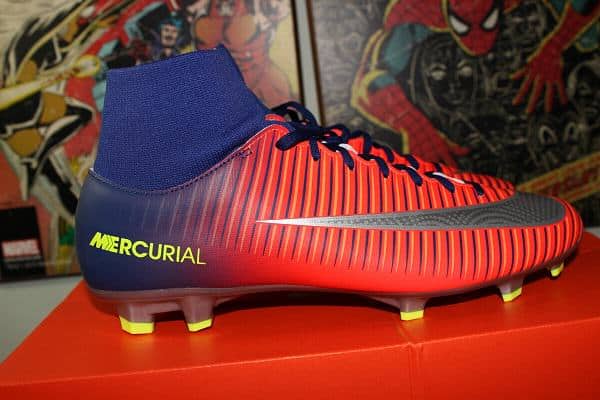 The Victory VI (DF-FG) is similar in design to the Vapor and the Veloce III (or even the Superfly); which are on the higher end of the Mercurial line.

The upper part on these soccer boots is made purely of a smooth and light synthetic material. It feels like you’re wearing a thin layer of force field around your foot because they literally become a part of you once you slip them on!

This feature also matches the top-end Mercurial cleats and it really comes in handy especially when you have to make those curved passes or shots. The embossed ridges add more spin and touch precision to your curved balls.

If you’re a good player, then this translates to 100% for completed passes and about 99% for shots delivered on target. The rate of success may largely depend on your skill level.

Another thing about the Mercurial Victory VI’s design is the fact that it’s a slim/narrow fit boot. This basically means soccer players with wide feet would probably not enjoy the same amount of comfort in these cleats.

The laces on these Victory VI’s are also a bit thin compared to regular cleat laces but this is an added advantage because they present less distortion to your touch on the ball and/or delivery.

To help you chip or loop the ball, the Mercurial Victory VI DF firm grip is designed with a low profile “toe-box” that allows you to quickly get under the ball and execute crazy techniques. 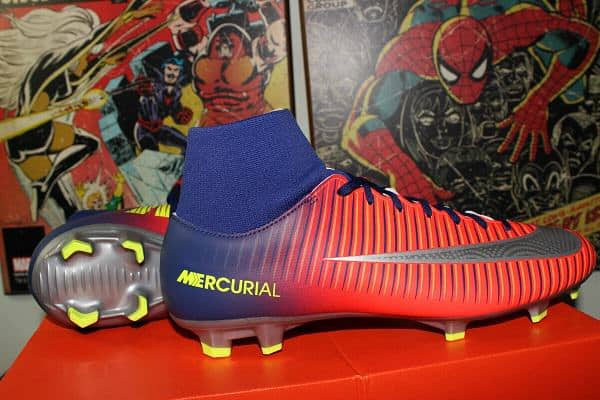 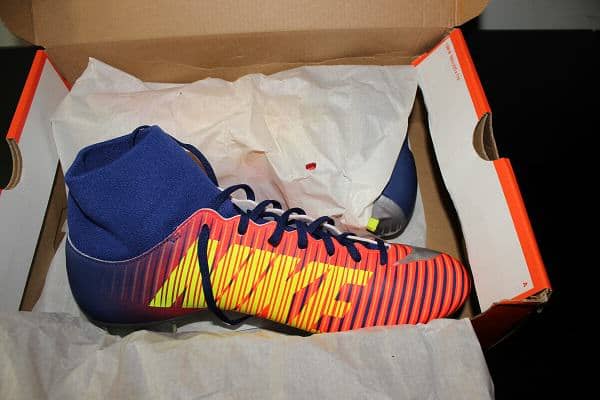 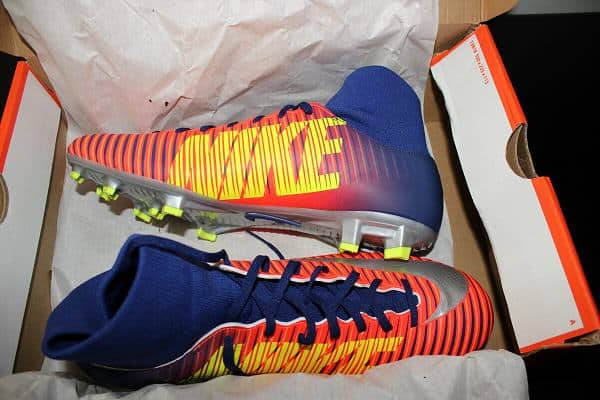 Another feature that impresses many soccer players is the dynamic fit collar that Nike included on these cleats. The breathable knitted collar is partly elastic which allows it to wrap around your ankle for a snug fit. This collar however only runs around your ankle and under the laces.

Everything else inside the shoe (with the exception of the insole) is the synthetic material lining. Nike was kind enough to ensure that the transitions were flawless enough not to leave uncomfortable seams or folds inside the boot. 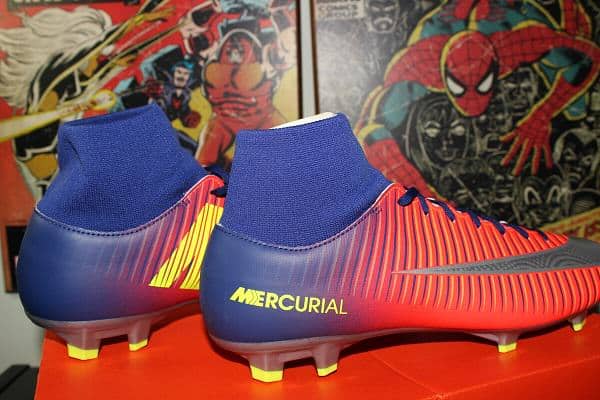 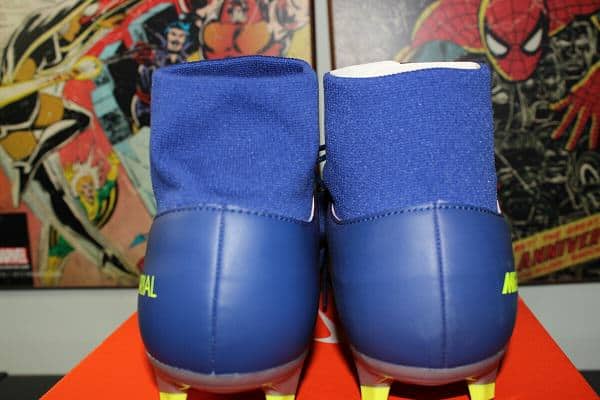 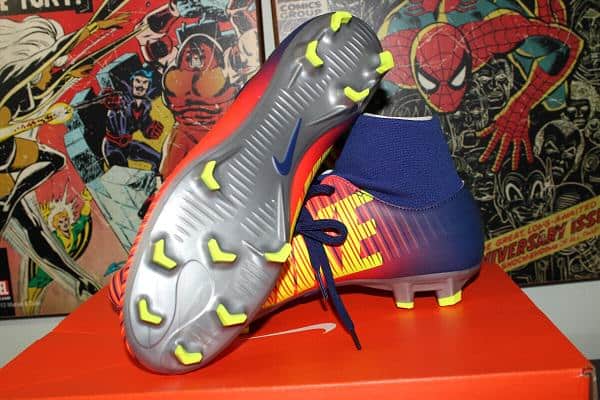 For third tier cleats, these soccer boots really give their top-end cousins a run for their money! Although they cannot compare to the Superfly or the Vapor in terms of TPU quality.

The Mercurial Victory VI’s have a fairly flexible full-length soleplate that takes a little getting used to but still alright after a few wears.

One important feature not included in the Mercurial Victory VI’s TPU soleplates is the anatomical contouring found in high-end cleats such as the Nike Mercurial Superfly V, but this is easily taken care of by the perforated soft sock liner laid inside the boot to cushion the pressure.

On matters of the studs, the ingenious configuration used to position and space the chevron blades on these babies gives you the perfect dig and quick release that you need during active play. Remember what we said earlier about sending your opponents to the stands for hotdogs.

Well, the Mercurial Victory VI firm grip blades (chevron studs) are engineered to provide you with sufficient grip for quick short bursts and acceleration as well as on the spot breaking.

Any opponent would hate to be your main marker when you’re wearing the Nike Mercurial Victory VI’s. They not only feel comfortable throughout the game, but they also help you maintain superior balance as you take hell to your opponent at lightning speeds and in total ball control.

Nike decided to bring mid-cut style boots down to the average player for almost a quarter of what it would originally have cost you to buy a pair of mid-cuts.

The Victory VI firm grip cleats combine affordability and high-end features to level the ground for all soccer players across the field. If you’re looking for stylish high-performance soccer boots then you’ve found your match.

The Mercurial Victory VI boots are perfect for those working with a small budget but still yearning for the iconic Mercurial look. 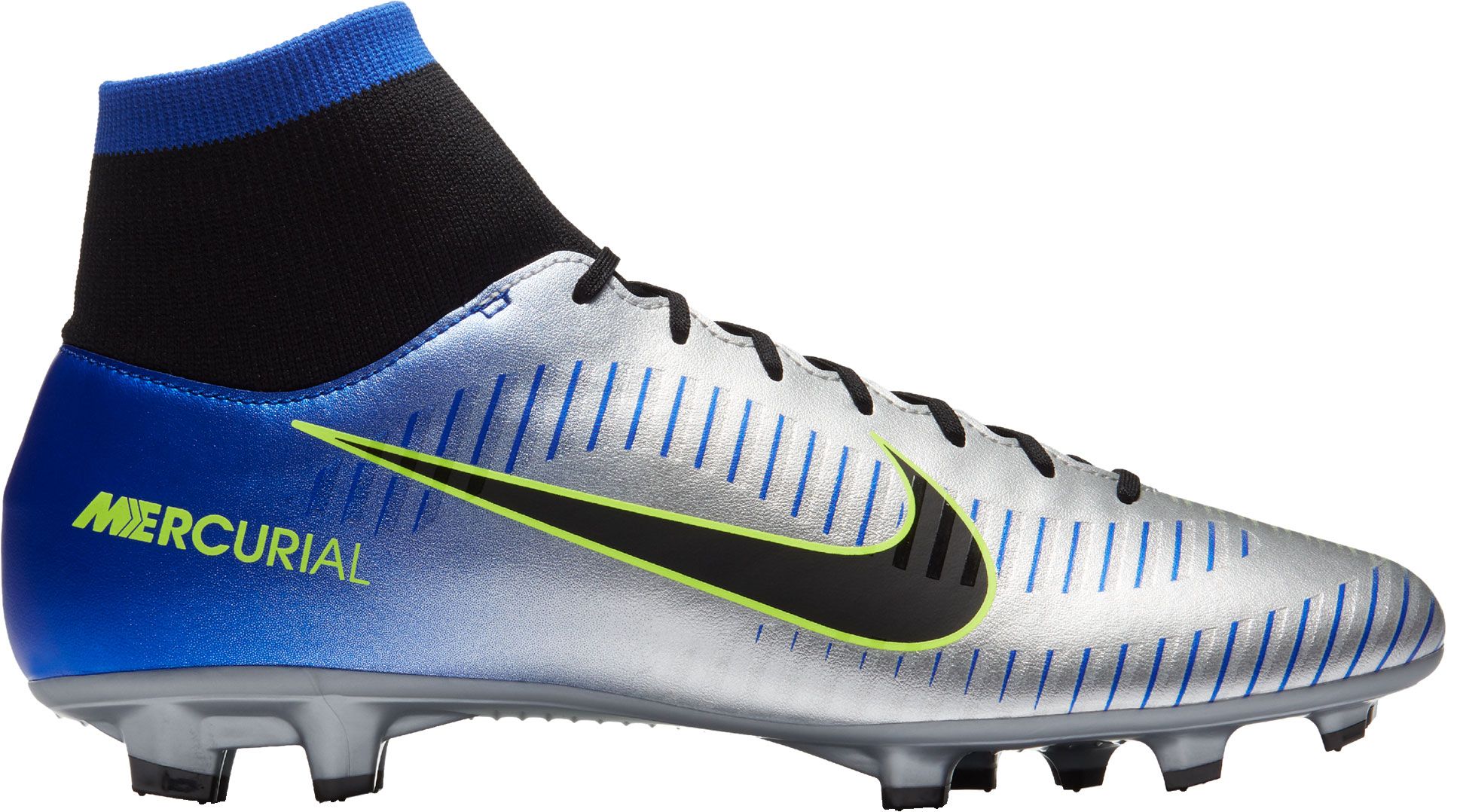 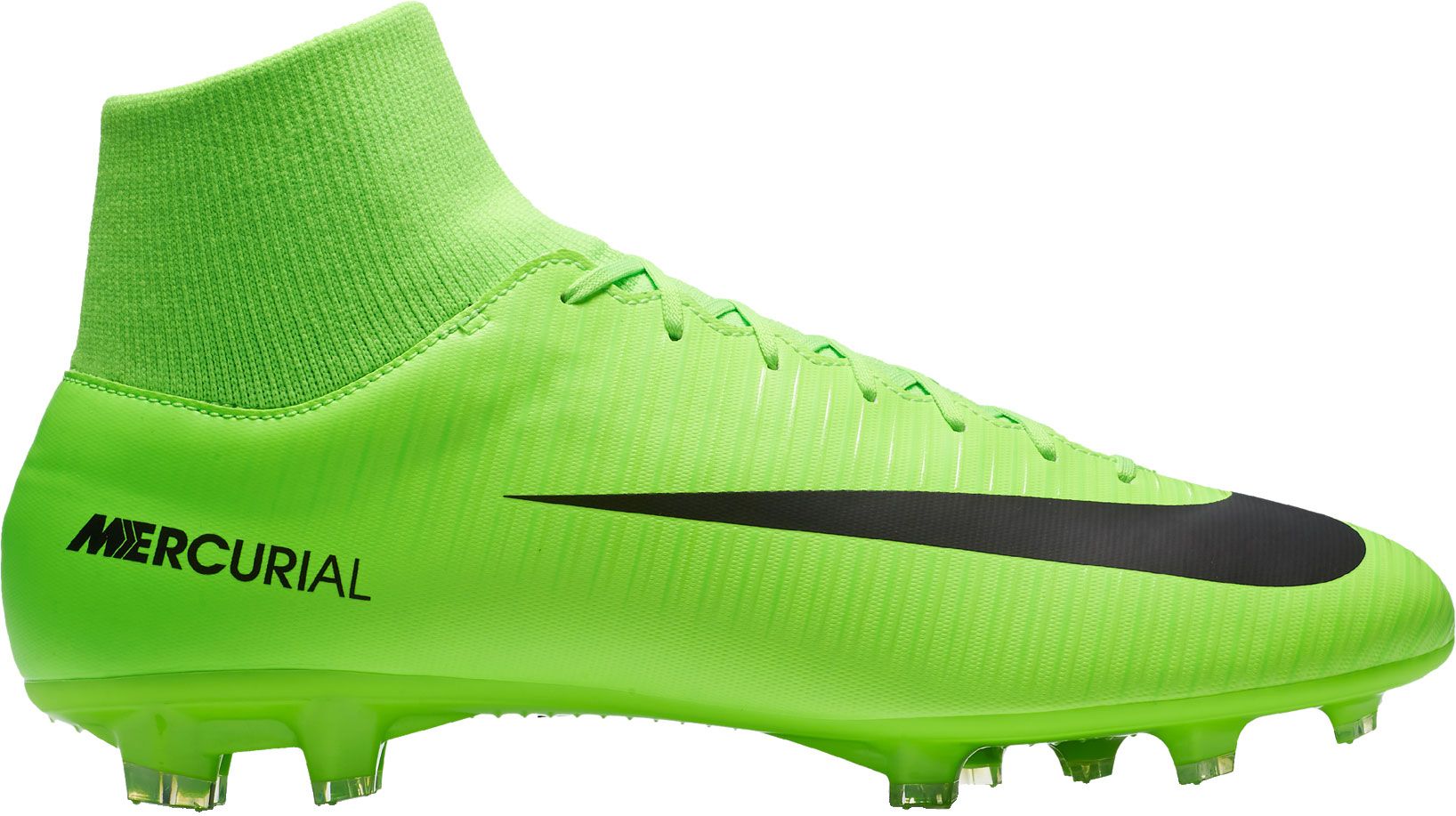 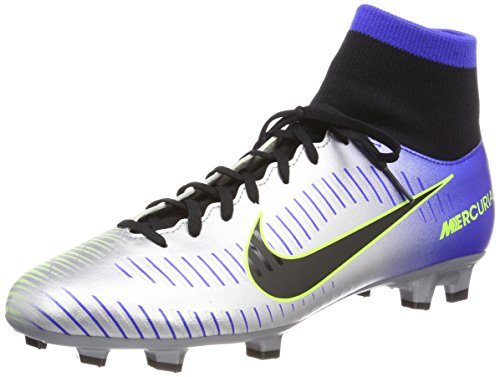 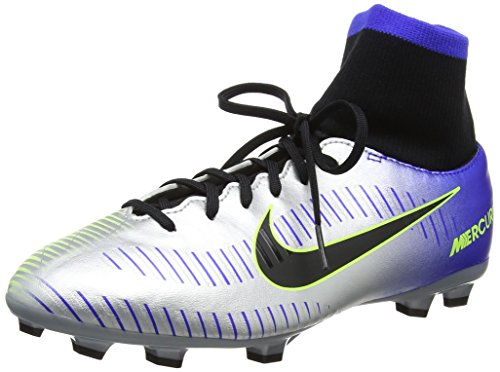 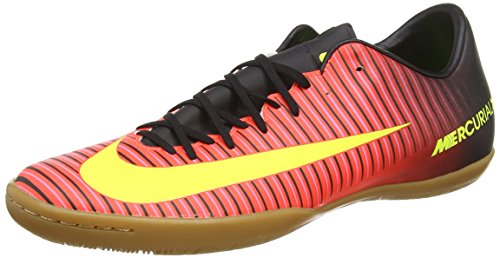 The Nike Mercurial Victory Dynamic Fit FG is designed for quick play, extra comfort, precise “magical” touch, as well as exceptional traction both on grass and on turf.