Tips On How To Do A Bicycle Kick

How To Do A Bicycle Kick

Quick Navigation
When You Can Attempt A Bicycle Kick
Bicycle Kick Basics
Turn Your Back Towards Where You Want To Kick The Ball
How To Push Off The Ground
Head And Shoulders
As You Fall Backward, Lift Your Kicking Leg
Strike The Ball
Brace Yourself
Practice Safely
Practice On Soft Ground
Learn To Land Safely
Practice The Fundamentals
How to Use The Bicycle Kick In A Game
Always Look For A Pass First
Stay Onside
Avoid The Defenders
Making A Powerful Kick
Timing Is Everything
Final Thoughts

A bicycle kick is perhaps the most impressive way to score in a soccer game. It is a challenging maneuver that requires players to have enhanced general soccer skills and to practice the move adequately.

It is most suitable for intermediate and experienced players. If exercised sufficiently, players can use the bicycle kick to great effect.

Performing a bicycle kick requires you to get in line with the flight of the ball, jump up, with your kicking leg providing the force to lift you, then whip your kicking foot off the ground and kick the ball.

For an accurate on-goal shot, you would have to kick the back of the ball, so that the ball does not go flying way up.

A bicycle kick is also referred to as an overhead kick or a scissor kick. It is a difficult move to pull off, and that explains why it is rare to see it being pulled off during soccer games.

Also, this type of move does not happen very often because the opportunities for a good bicycle kick occur rarely.

When an opportunity for a bicycle kick arises, the player must pull it off without any delays because the window of opportunity only lasts for a few seconds.

Often time, players don’t score with this move, and they may end up on the ground feeling awful about it all, and that is why this move should be attempted as a last resort.

This post will comprehensively look into what a bicycle kick entail. We will also discuss the safety measures that you should take when practicing this move.

Finally, we will explain how you can successfully apply a bicycle kick in a real soccer game.

When You Can Attempt A Bicycle Kick

Before getting into the finer details of bicycle kicks, let us look at a few situations that can warrant an attempt at a bicycle shot

As we have already pointed out, appropriate opportunities for a bicycle kick are rare, and that is why soccer fans go wild when their favorite players pull the overhead kick and end up scoring. A bicycle kick opportunity can present itself in three main scenarios

Turn Your Back Towards Where You Want To Kick The Ball

A proper bicycle kick involves falling backward while kicking the ball up so that it goes over your head and towards the direction opposite to where you were facing.

It could be a high-value play because it is unexpected – it could catch the opposing team unawares. When done correctly, a bicycle kick is very spectacular.

Most bicycle kicks happen when players receive a cross or a pass inside the penalty box, and they attempt to score. It is usually not a planned play, but rather a hit-of-the-moment move while trying to score.

How To Push Off The Ground

The classic bicycle kick starts with lifting the knee of your non-kicking foot and simultaneously pushing yourself off the ground with your dominant (kicking) foot.

Lifting the non-kicking foot helps you gather the momentum needed to push your kicking foot over your head. The higher you lift your non-dominant foot, the more momentum you can acquire.

Note that you may sometimes kick with the non-dominant foot if circumstances, such as your location on the field and how close the ball is to you, require you to do that. You however always push yourself off the ground with the same foot you make the kick with.

While raising your foot, you should also push your body backward, as if you're avoiding getting hit by the ball, and fall back towards the ground.

This move demands some caution so that you don’t hurt yourself by throwing your head back too fast or falling too hard on the ground. Ensure that you maintain your focus on the kick and not on falling back fast. If you focus on the kick, your head and shoulder will start dipping backward naturally, with time.

As You Fall Backward, Lift Your Kicking Leg

This move is known as a bicycle kick because you are supposed to bring back the non-kicking leg toward the ground and simultaneously bring up the kicking foot, which pushed you off the ground, toward the ball attempting to make contact.

That is where the name bicycle comes from; the non-kicking foot propels you to kick the ball with your other leg. This bicycle move happens as momentum throws you backward.

Making a great bicycle kick is quite challenging, but with adequate training, it can be done. Be aware of what part of your foot makes contact with the ball.

Since you want to kick the ball in such a way that it goes back behind you, using the top of your foot helps in ensuring that you make contact with the top side of the ball, as opposed to the bottom side, so that you don’t kick the ball straight up.

Always focus on making proper contact with the ball so that you can send the ball in the desired trajectory.

This may sound easier than it really is, and it requires intense training. The difficulty with this move is why it is mostly improvised as the last move.

Try to have your arms stretched as wide as you can so that you catch yourself with the arms and reduce the force at which your back and hips get to the ground. Be cautious so that you don’t rotate backward way too fast.

Some soccer players prefer falling on their side rather than falling back flat. Once you do enough bicycle kick drills, you will get to know which of the two is better for you.

Falling backward to perform this kick is quite hazardous. To reduce the risk of suffering injuries while falling backward, we recommend that you only practice on grass fields – this makes the falling impact gentle.

If you exercise on concrete or other hard services, you might hurt yourself. Bicycle kick is not an indoor maneuver.

Falling safely should be a priority if you are going to practice this maneuver. You land safely by stretching your arms out to your sides which reduces the impact your back makes with the ground. Once you do enough practice, it will seem automatic.

Practicing bicycle kicks while alone can be challenging, and it would be quite helpful to have someone pass the ball to you from different directions. This way, you can practice the bicycle maneuver at higher speeds and without having to stop the ball first.

A bicycle kick is a directional kick, and that is why it is quite challenging for players to pull it off successfully.

However, intermediate and advanced players may benefit a lot from acquiring this skill since it can be extremely helpful especially in the heat of the moment at the opponent's penalty area.

If you don’t have a practice mate, you can try throwing the ball to a hard surface such that it bounces off and comes in your direction.

How to Use The Bicycle Kick In A Game

Always Look For A Pass First

Bicycle kicks are spectacular maneuvers, but it is important to remember that they are also low-probability kicks.

You are not only shooting the ball while looking in a different direction, but also you might end up missing the shot altogether.

You might even end up fouling a defender from the opponent team, which you, of course, don’t want to do especially when you are in the opposition penalty box.

If you find yourself in the penalty box and facing away from the opponent's goal, it’s advisable to first look for a teammate you can pass the ball to.

If there is no open teammate available, consider the option of dribbling around and trying to bypass the defenders in an attempt to get a better shot on goal. If these options are not viable, you can then make the bicycle kick

Majority of bicycle kicks take place within the penalty box as your team has ball possession and is trying to core.

This is a risky situation for being offside, and that is why you should always double check to ensure that you are not offside – make sure there are defenders between you and the goal.

If you are set to make a bicycle kick, ensure that you are not going to hurt the defenders in any way.

The bicycle maneuver involves getting your cleated foot up above, which increases the risk of kicking another player and getting a card.

You don’t want to kick another player while in the penalty area because the repercussions can be dire.

If you are going to make a bicycle kick, it better be powerful and surprising. Enough power will ensure that the ball goes all the way.

Once you position yourself well and look at the goal for accuracy, forcefully kick the ball as long as it’s on goal. Ensure that you will not kick anyone while pulling it off.

You can have everything in order, including a perfect position and excellent skills, but if your timing is off, you will not be able to pull this off well.

In fact, difficulty in proper timing is the reason why this maneuver is extremely challenging.

For a successful bicycle kick, you will need to make a judgment regarding the speed and trajectory the ball is approaching you with so that you can jump at the right time to get a good shot.

This takes a lot of practice. Eventually, it becomes easier. For very experienced players, it comes naturally.

A bicycle kick is an impressive move that, if done correctly, can be an instrumental skill in soccer. This maneuver can be used both in scoring and in defending.

It is essential to understand that a bicycle kick is a low-probability shot, and you should always consider whether there is a higher probability move that you can make before resorting to this maneuver.

You don’t want to miss a possible score and let down your team while trying to show off the skill you have. If a better option is at hand take it.

If there are no easier options, do the bicycle kick with all that you got. We trust that this article will help you in acquiring this impressive skill. 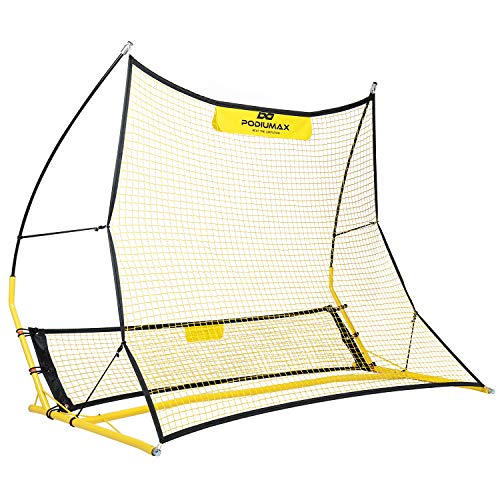 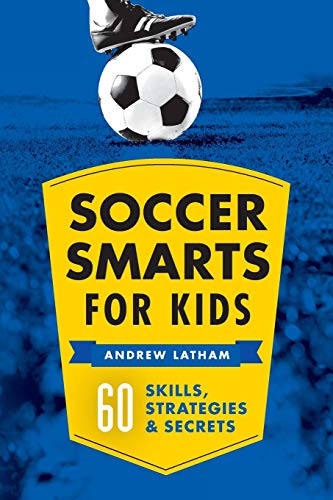 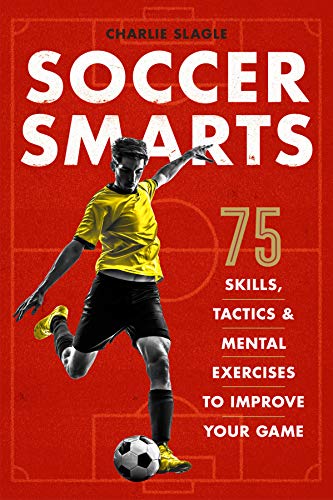 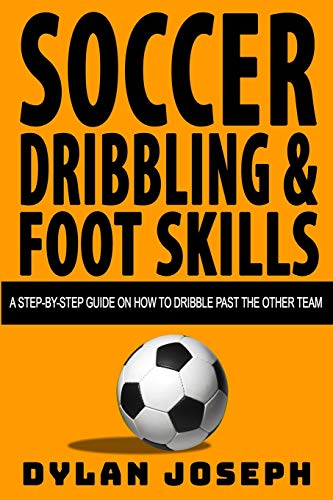 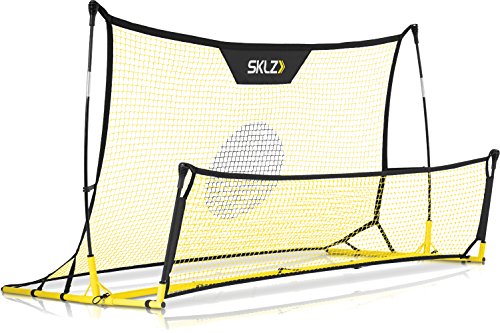